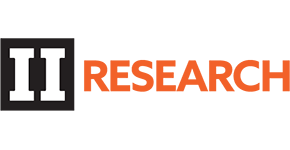 Congratulations to long-time friend of TTI/Vanguard Jordan Giddings on his new position as Chief Scientist at Improbable’s defence department, where he will be charged with leveraging the potential of multiparticipant simulations and synthetic environments for real-world applications. (Gilman Louis, Chicago, May 2011; Institute of Creative Technologies, field trip, Los Angeles, Mar 2018; William Swartout, Washington, D.C., May 2009; Richard LIndheim and William Swartout, Pasadena, Feb 2002) www.improbable.io/blog/improbable-appoints-professor-jordan-gidding-and-rob-solly

Earth Day alert #2: A long-gone Michigan State University botany professor—William James Beal—had the foresight to plant the seeds for a long-term research project, both figuratively and literally (Alexander Rose, virtual field trip, May 2020; Stewart Brand, San Diego, Feb 2000; Pasadena, Feb 2002; Danny Hillis, Los Angeles, Sep 2004). In 1879, he buried 20 bottles, each containing 50 seeds of 21 species. Initially, one bottle was dug up every five years to test for the viability of the dormant seeds; later the interval was extended to 10 and then 20 years. Only Verbascum blattaria (moth mullien, a yellow-flowering herb) reliably awakens after all these decades, but the current team of intrepid botanists will try a few tricks to elicit a response from these nuggets of potential life. (Paula Bramel, Vienna, Jul 2013) www.nytimes.com/2021/04/21/science/beal-seeds-experiment.html

Other-Than-Earth Day alert #1: The ability to thermally convert carbon dioxide in the Martian atmosphere into oxygen (and carbon monoxide) will be essential not only for humans to live for an extended period on the red planet but also for them to return home (Erika DeBenedictis, Vienna, Jul 2013). MOXIE, NASA’s Mars Oxygen In-Situ Utilization Experiment, has successfully demonstrated the technology. Congratulations to TTI/V members NASA and JPL for this achievement and for the success of Ingenuity’s first two flights.

If you don’t trust autonomous vehicles, you are not alone, especially if you are a European, where in 2019 survey takers eschewed the opportunity to ride in an AV were to arise, with only 2% champing at the bit to do so. AlgoWatt’s Stefano Bianchi believes that improved education around the topic, as well as advances in vehicle design will help quell concerns. Of course, the fatal crash of an unsupervised Tesla doesn’t help the PR campaign, which ideally should emphasize apples-to-apples comparison data on the relative safety of Autopilot- vs human-driven cars, which of course entails determining what constitutes a proper comparison. (George Hotz, Berkeley, Mar 2019; Gary Marcus, San Francisco, Dec 2019

And Autopilot isn’t the only AI that generates skepticism in Europeans. The European Commission is drafting rules on the use of artificial intelligence that include a ban on most surveillance technologies and that specifies social credit scoring as a verboten activity (Andreas Weigend, San Francisco, Feb 2017). Proposed fines for infringement amount to real money: 30M euros or 6% of global turnover, whichever is higher. Odds are the Commission wouldn’t look too kindly at Amazon’s latest attempt at personal-data harvesting, er, efficiency and convenience for grocery customers at Whole Foods stores. Folks in Seattle will soon be able to scan their palms to pay, with palmprint and form of payment stored together in Amazon’s cloud. Truly, what could go wrong? (Judith Estrin, Berkeley, Mar 2019; Roger McNamee and Jonathan Taplin, Los Angeles, Mar 2018; Jonathan Taplin, Boston, Apr 2017)

Sticking with the theme of risk assessment, here’s the tl;dr version: Averting COVID-19 cases by administering the Johnson & Johnson vaccine remains a net positive when it comes to public health. And a deeper dive: Odds are, since you’re reading the TTI/Vanguard newsletter, you are generally adept at weighing risks versus benefits. This Washington Post article and associated visualization might be useful if discussing with others the (overly?) extreme caution the CDC is exercising in its recommendation to pause the administration of the single-dose vaccine, particularly since the type of blood clots under consideration are more likely following a COVID diagnosis than following vaccination against the disease. (Ola Rosling, Phoenix, Dec 2003)

There’s no tech or science or business angle on this item; it’s just perfectly delightful: While many people took to making banana bread during pandemic lockdowns, one creative Brit instead made banana art.